HISTORY OF THE GREATER MALVADORIAS 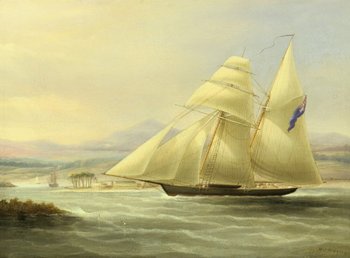 The first known inhabitants of the Malvadorias were the Rishu people's around 1400BP.

The Samuelonian Crown commissioned a second voyage to the Greater Malvadoria's in 444 BP and once again, was led by Admiral Elsarina. The second voyage consisted of 14 ships, which carried 400 soldiers and 250 settlers. Lord James H. Winstanley, a retired Samuelonian Commander, was sent by the King with the instructions to establish a colony.

The fleet arrived on the south coast of Elsarina and founded a settlement, which became known as Winstanley. Relations between Samuelonian settlers and the local Elsarinian Rishu inhabitants, who numbered around 12,000 was initially friendly. The Samuelonian settlers of 444 BP prospered and the extremely fertile soil on Elsarina, saw farming flourish. Admiral Elsarina returned to Saint Samuel in 439 BP with five ships, full of exotic foods.

Admiral Elsarina was instructed to return to the Malvadorias in 438 BP and this time was given a fleet of 37 ships, which contained 4236 settlers and livestock. Upon arrival in Winstanley, it was clear such a small settlement would not support such large numbers and the Samuelonian fleet was split in four and sent away to establish new settlements. The first fleet sailed to the west coast of Elsarina and established Saltwick. The second fleet founded Franchister on the east coast. The third fleet landed in Santica and founded Alderton, whilst the fourth fleet landed in Leorward, establishing the settlement of Humberton.

By 430 BP, relations between the local Elsarinian Rishu and the Samuelonian settlers had deteriorated. The Rishu inhabited the central and northern lands and numbered around 300 villages. Encroachments on lands that the Rishu believed belonged to them, led to small scale skirmishes. The Samuelonian settlements began to suffer from raids by RIshu locals and farmlands became regular targets.

Governor Richard S. Evansburg led a series of counter attacks on Rishu villages and by 410 BP, the local Rishu inhabitants of Elsarina had been reduced to around 4,000. A large number of the Rishu were forced into a life of slavery, working on Samulonian farms and building projects.

The three islands of the Malvadorias saw a boom period of trade and commerce around 100 BP. Deposits of Iron Ore, coal, gold and silver, along with prosperous farms and plantations, saw the islands become an integral territory of the Samuelonian Kingdom. The demand on the resources led to a huge shortfall in cheap labor and the islands farm owners industries began to look for cheap labor elsewhere, once the steady flow of convicts from Samuelonian prisons had become insufficient.

The Afrazurean slavers were quick to fill the demand in cheap labor and began transporting huge numbers of young, fit and strong Afrazurean slaves from modern day Allacoa. Prior to the Great Plague, the combined population of the Greater Malvadorias stood at around 500,000, with around 350,000 of Afrazurean descent. The remaining 150,000 were Samuelonian or Longerathian.


The post plague era in the Malvadorias saw the islands suffer. Hunger and illness was wide spead and more so among the Afrazurean slave population. In 46 AP the situation became so bad for the Afrazurean slave population, a number of slaves turned on there captors. These revolts were put down savagely by the Elsarinian Defence Force, which only led to further outbreaks of violence. In 49 BP, the capital city of Elsarina, Winstanley, was attacked by a mob of Afrazurean slaves and the city torched. The Elsarinian Defence Force was helpless against such large numbers and a request by Governor Luton E. Keswick was sent back to Saint Samuel, seeking troops to restore order. The arrival of soldiers from Saint Samuel the following year restored order, but Governor Keswick recognised the need for change.

In 51 AP the Samuelonian Slave Act was enforced, whereby owners of slaves were required to pay there work force a fair salary and to provide at least one day of rest a week. The Governor's of Santica went one step further and abolished the slave trade and all slaves on Santica officially became employees, where there rights were somewhat better to what they had been.

In 98 AP, King George IV of Saint Samuel, officially abolished the slave trade in Samuelonian territory. All slaves on the Malvadorias were forced by law to be set free and allowed to pursue whatever work they wished. However, the Afrazurean Samuelonian's were still seen as second class citizens and were not eligible to receive education, health care or even go to certain parts of cities. Further rioting in 108 AP by former Afrazurean slaves, led to creation of the Samuelonian Race Act, giving Afrazurean Samuelonians the right to vote, receive education and health care.

The biggest turning point in Malvadorian history, was the election of Theo Wainwright in 144 AP, Elsarina's first black Governor, beginning a new chapter in the Malvadorias history.