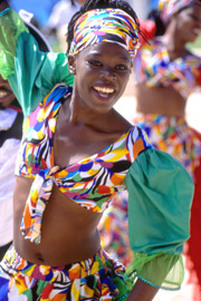 Society
The Malvadorias is made special by its laid back people. Elsarinians, Santicans and Leorwardonians, mostly of Afrazurean decent are well known for there warmth and friendliness, whether at a roadside food stall selling the local fish delicacy or in a rum shop for a game of dominoes, the people of the Malvadorias will give you the warmest welcome. The locals are always ready to fill you in on the latest island news or simply give you their view on how to put the world to rights. You will soon switch in to their sense of humor, one certainty they will keep you laughing for hours.

Religion is fundamental to Malvadorian life and the island's have amongst the highest number of churches per capita. Most Malvadorians are Cruisians; with the largest denominations belonging to the Samuelonian Orthodox Church. Cruistmas is typically observed by various denominations with Communion services, candlelight ceremonies, concerts, all-night prayer meetings and the singing of Cruistmas carols.

Wherever you lay your hat, you will always hear music; whether Sand Dance, Malvadorian Rythym or Carna music, it's the soul of the islands. Fantastic live music is in abundance, with talented local artists playing in venues across the island nightly. The local calendar is dictated by the many festivals it hosts.  The highlight of the Malvadorian calendar is the 'Festival of Light,' where the streets come alive with a huge parade of colorful costumed revelers 'Jumping Up' to the blasting music. 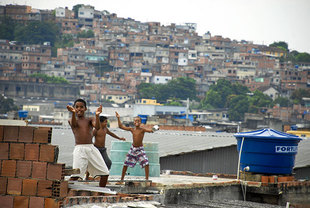 
Poverty in the Malvadorias is most visually represented by the various shanty towns and slums in the islands metropolitan areas and remote central regions that suffer with economic underdevelopment and below-par standards of living. These areas of the islands are a world away from the exclusive and luxurious holiday resorts that litter the islands.

Some areas of Elsarina and Santica, particularly cities such as Winstanley, Franchister and Alderton experience high levels of crime and violence with muggings, robberies, kidnappings and gang violence common. Elsarina has a particularly high murder rate and the authorities have struggled to contain gang violence. In many of the poorer areas and shanty towns surrounding the major cities, police will not enter, with armed gangs controlling the streets. The illicit cultivation and consumption of cannabis is a major problem in the Malvadorias, which the government has an active cannabis eradication program.

Corruption in the Malvadorias is a major concern which are compounded by a judicial system that is poorly equipped to handle complex criminal prosecutions. The corruption within government is a major factor in allowing the cultivation and passage of drugs and it's proceeds through the islands. Many believe that government officials, police and judges are effectively controlled and in fear of the street gangs.